VanderSat offers an inundation service based on Sentinel-1 data for The Netherlands. The service is based on the fact that open water usually has a distinct signal in C band radar.

Depending on the location there are about 180 images per year available. For a given area a new inundation map is generated for each overpass of the satellite.

Basic description of the method¶

The algorithm uses the following steps: 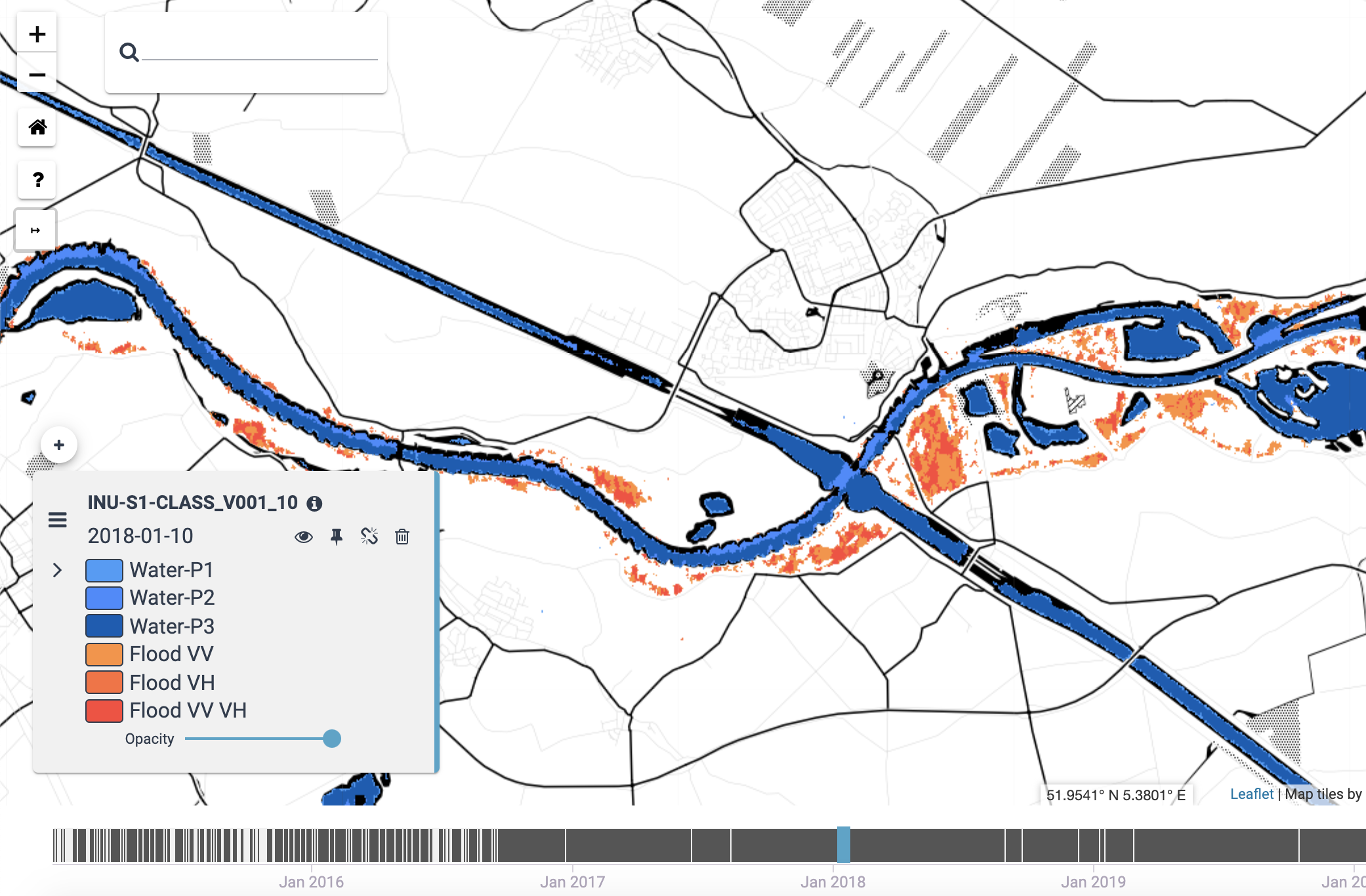 Example of a generated inundation map. Blue areas are detected as permanent water, red/orange areas as flooded. The intensity of the color indicates the level of certainty.¶

A description of a validation study that has been undertaken in the southern part of The Netherlands can be found in [dNdJSP17] (in Dutch).